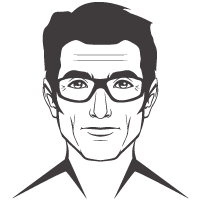 It seems that everything is moving from the physical to the technical. This includes a company's internet network. Software-defined networking is the newest way for companies to manage their network, but, as all new technology, it has benefits AND possible problems.

What is Software-Defined Networking (SDN)?

Software-defined networking (SDN) transfers network management from the physical routers and switches to software. This gives companies the capability to separate the data plane and control plane in routers and switchers. This allows the company to have more control over their own system with less effort.

There are a number of reasons that people are changing to a SDN system at their office.

Separating the data plane and control plane gives the IT department an aerial-like view of the entire network. This makes changes much easier, as you can see the effects clearly.

The visibility allows IT departments to makes changes that can increase the speed of the entire network.

In many ways, SDN systems allow companies better security. The visibility helps the IT department spot any possible security breeches and stop it from spreading easily. Furthermore, the people with access to the controller can clarify secure routes in the system without a firewall to block any invalid routes.

The controller is the way that the IT department will manage the network instead of the routers and switches. This means that the controller must be completely secure. Many soft-ware defined networks can track who and when people make changes, but companies must carefully monitor who has access to the controller and keep access secure.

If a large number of undeclared routes are brought into the network at the same time, they will request a specific route. Unfortunately, this influx in requests can make it difficult for the network to respond to actual requests. The system would then find itself unable to delegate new routes, causing a headache for the IT department.

One of the disadvantages of a SDN network is that since you are eliminating use of the physical routers and switches, you won't have the security that comes with them. The main one that you will be missing is the firewall. This can leave your network more vulnerable if you're not careful. Contact an IT management service for more help.